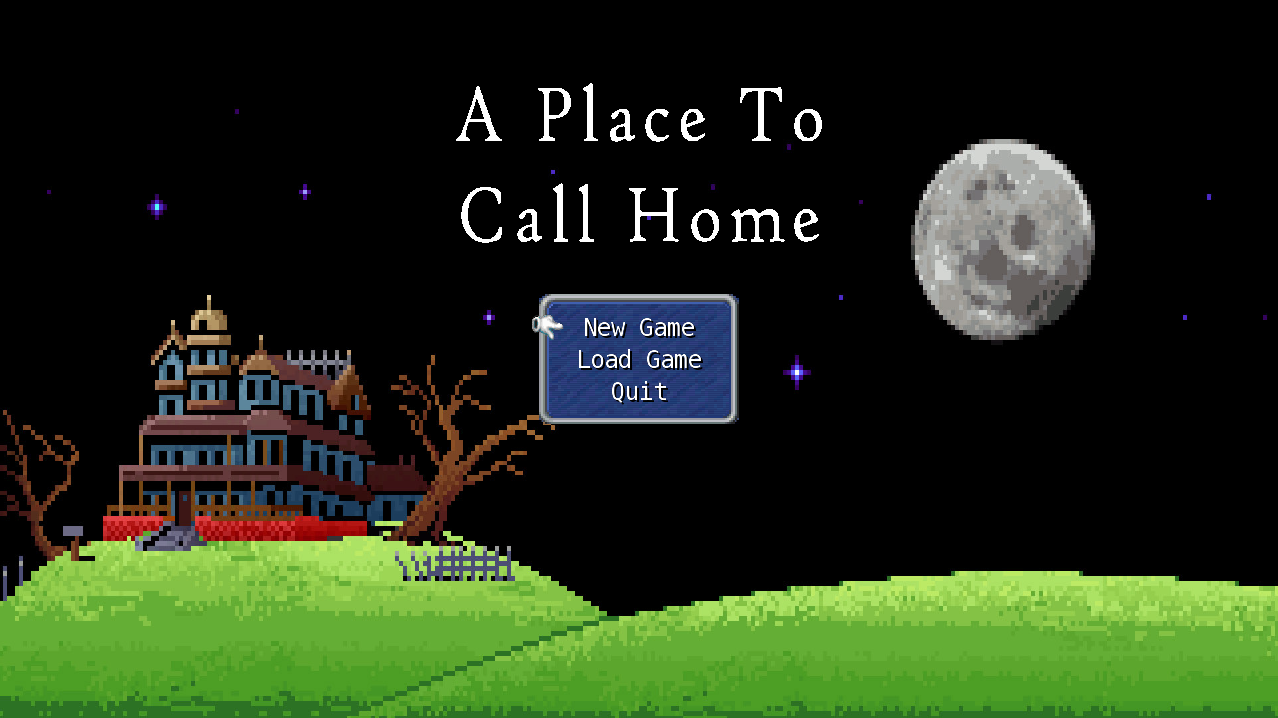 A Place to Call Home (made with RPGBoss)

A Place to Call Home was created as a way to engage with digital games and their application to other realms, such as education, storytelling, and so on. This game was created in collaboration with Nick White and Sumit Kapoor. It is a top-down puzzle-based adventure game that allows the player to explore the protagonist’s family’s history throughout their large estate. The game was built with RPGBoss, a “lite” version of RPGMaker, which allows for quick programming and creation at the cost of less overall flexibility in the creation of the game. Many sprites and other assets were found outside of RPGBoss. I was tasked with level design, music design, and event programming. The game was completed in two weeks.

This game was originally envisioned to be an exploration game with elements of suspense and a larger backstory to the world than what is simply explained in the game itself. Through workshopping the first iteration on paper, the game was meant to be a puzzle-based game, similar in style to a Zelda dungeon which required the manipulation of objects in the gameworld to continue. Some of the remnants of this idea are implemented into the final game, though to a much lesser extent due to the time restriction placed on the creation of the game, the limited ability to interact with objects in the game engine, and so on. Additionally, since this was created collaboratively, many ideas were thrown back and forth about how to move forward with the production, where most of the scenario planning was done by one author, quality assurance and testing was done by another, and the design and implementation by another. This had its benefits and drawbacks, as it put more pressure on certain authors at different times in the development cycle, and it was compounded due to a lack of time to familiarize with the game engine and its capabilities. Ultimately, A Place to Call Home stands true to its original conception, though created with alterations due to the affordances of the engine, as well as the time constraints placed on the project itself.

A zip file to play the game can be found here. The game is played with the arrow keys, with spacebar as the confirm button.