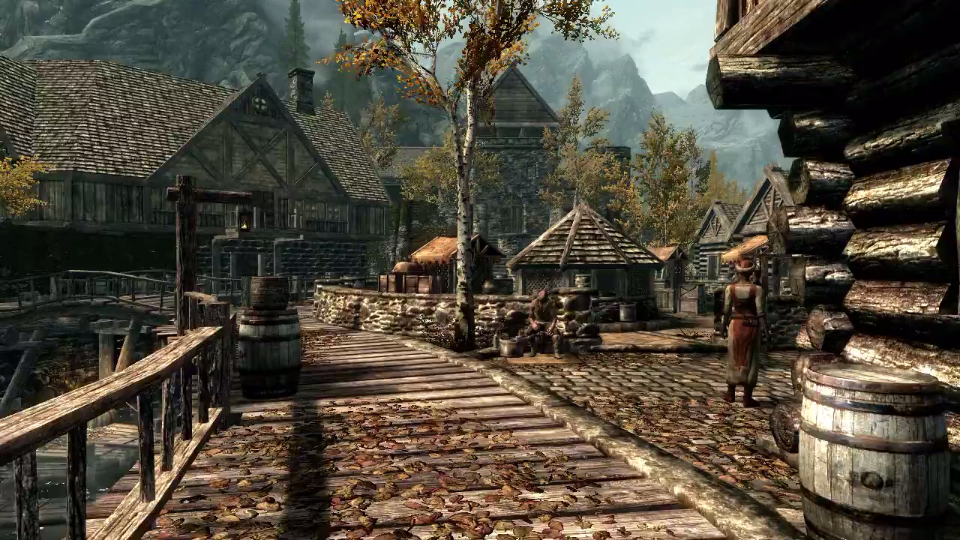 Laika (made with Twine)

Laika was created as a way to engage with digital games and their application to other realms, such as education, storytelling, and play. This game was meant to showcase how learning can occur through play, and meant to connect course readings to elements of play within a game. Laika engaged with readings from Gee and Dede, highlighting the ways that motivation and problem solving can add to play and learning. The game was built with Twine, which is an open-source tool for story-telling games, especially non-linear ones, that allows for branching paths and choices, as well as some coding to enable choices to be permanent, count up, etc. The game was completed in two weeks.

The game was made in the style of The Elder Scrolls V: Skyrim, utilizing assets from the game such as backgrounds, images, textures, and so on. Ultimately, the choice was due to the genre of Skyrim, being a role-playing game in which the player creates a character and performs tasks and embarks on their own, player-controlled journey. I wanted to create a system for the player to explore within the Twine game, offering the player choices and to learn through their own agency and affording some branching paths, all the while the paths inevitably end up in the same place. Many of the choices were informed by the readings that are utilized within the game, though it was more co-construction than simply applying a certain quote to a specific choice within the game. This game also offers replayability through starting your journey once you have finished a path, allowing you to explore all the elements that had been designed, as well as counting up the playthroughs of the game. This was meant to give feedback to the player, offering them a sense of progression through “day cycles” of exploring the game world.

You can play the game here.